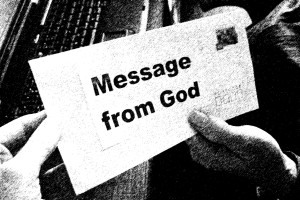 This prophecy was given to Capital Edge Church at the end of May 2015 and read out by Ps. Jon on Sunday 7th June. Here it is for those who have asked.

An unprecedented time of God’s favour is going to come upon the Church/God’s people in this season. This is like the time the people of God held as captives in Babylon returned to Jerusalem by the hand of God, by the favour of God to be re-planted in their own land in order to enjoy the abundant peace, security and prosperity of God had pre-determined.

It is the season for the end-time Church having long been in a state of ‘captivity’, now being empowered by the Spirit of God, by the ‘dunamis’ power of God, to take back, and to re-possess their inheritance in the Lord Jesus Christ; to re-inhabit and to enjoy the favour and the abundant blessing of God like never before; to re-take, to repair, to restore and to re-build what the enemy had for a long time ravaged, ransacked, ridiculed and raided – the very lives, the health, the wealth, the well-being, the peace, the joy, the love and the fellowship of family, marriage and the community at large. It is the time the grace of God is going to be poured upon God’s people, so much so that the response of Church would be to shout in awe and amazement saying “This is the Lord’s doing, and it is marvellous in our eyes”. They will be shouting and proclaiming “This is Grace, Grace and more Grace” as the Lord Jesus is glorified in the midst of His people.